On Monday, Elering entered into an agreement with AS Connecto for the renovation of the 330-kV Tartu-Valmiera high-voltage line on Estonian soil.

The length of the line to be renovated is 84.3 kilometres and the cost of the work not including VAT is approximately 26 million euros.

Chairman of the Elering management board Taavi Veskimägi said the Tartu-Valmiera is the first of a number of major procurements directly related to synchronization that has reached the signing of a contract. The next will be the Balti-Tartu and Viru-Tsirguliina lines and three synchronous compensators for which procurements are under way. “Considering the risks stemming from the geopolitical situation for an unplanned extraordinary desynchronization, the successful completion of the procurements related to synchronization and rapidly strengthening the grid in the north-south direction are more important than ever before,“ said Veskimägi.

According to the current plan, the actual construction activity on the renovation of the Tartu-Valmiera line will begin in November 2021 and be completed in February 2023.

Elering is funding the renovation of the Tartu-Valmiera line from European Union funds and revenue from auctioning transmission capacity. The cost of the renovation will not be passed on to Estonian power consumers.

Elering and the Latvian and Lithuanian TSOs are making preparations for completing the synchronization of the Baltic states’ electricity system with that of continental Europe by the end of 2025. The synchronization project will cost Estonia about 300 million euros, of which the majority is expected to come from European Union co-financing. The European Union has already decided to allocate 140 million euros to Elering and in the near future, a decision is expected on the allocation of additional funding for investments into synchronization. 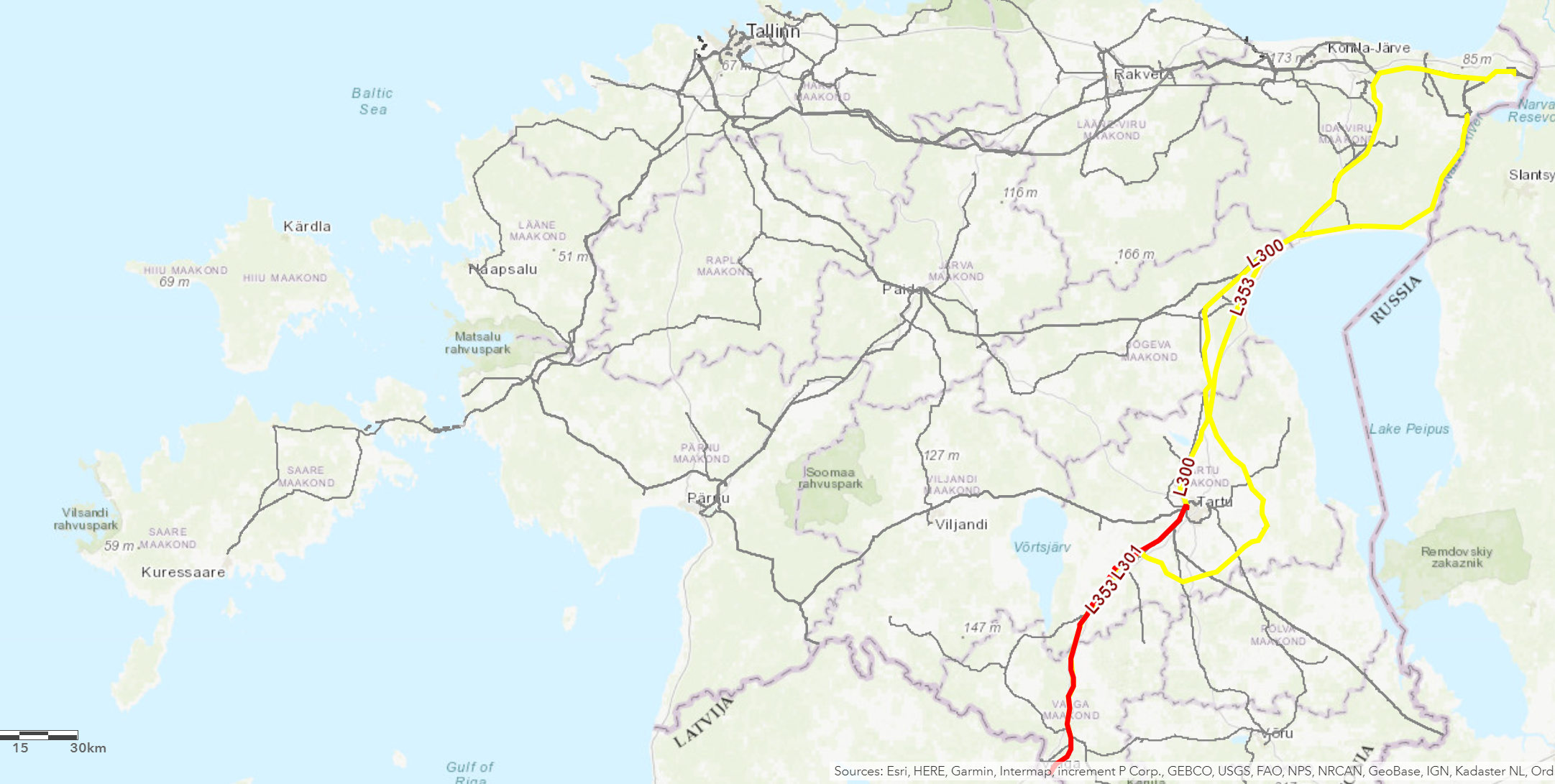