Soorebane (Bog Fox), Estonia’s first designer high-voltage pylon, has been completed by Elering near the hamlet of Risti in Lääne County, western Estonia.

The pylon was assembled from its components and erected this July, and now the Harku-Lihula-Sindi high-voltage line’s conductors are also attached to the pylon.

To elicit the design for the artistic corner pylon for the Harku-Lihula-Sindi 330/110-kilovolt high-voltage line, Elering held the first conceptual competition of its kind in 2016 in cooperation with the Union of Estonian Architects. From out of 18 entries received, the jury of the international competition selected Soorebane (Bog Fox) designed by Part OÜ architects Sille Pihlak and Siim Tuksam as the winner.

According to the chairman of the Elering management board, Taavi Veskimägi, there were several reasons for establishing the designer pylon. “Our aim was to elicit the solution that was the best fit for the location architecturally and functionally. The designer pylon's function is to let the technicist power line blend in with the natural environment and also raise the Estonian public's awareness of the role of the electricity system in modern society. Bog Fox is now erected and we can demonstrate that even a power line can be attractive in a natural setting,” he said.

Bog Fox stood out from the other entries due to its strong form and technical solution. The jury praised the architects for thinking like engineers but expressing themselves as designers – the pylon is enjoyable to look at and there is a sense that they also had a good eye for the structure.

President of the Union of Estonian Architects Andro Mänd added: “The outcome of the public competition held by the Union of Estonian Architects and Elering is an engineering work that is completely unique for Estonia. Box Fox is not just an infrastructure site but literally a landmark with a strong personality and creates an identity for the place. It will undoubtedly become a part of the image of the small community of Risti and likely will be placed under heritage conservation decades down the road. It is something that transcends time and will remain here at the crossroads after new technology has made high-voltage lines obsolete."

Bog Fox, located at the junction of the Ääsmäe-Haapsalu and Risti-Virtsu roads, stands 45 metres high and weighs 38.5 tonnes. The components of the pylon were made in Romania, 2000 km away, and transported to Estonia with three trucks.

The material used is COR-TEN steel, which gives the pylon its characteristic rust-coloured tone.

It is the first designer pylon used in Estonia for high-voltage lines. Bog Fox has already become a landmark in the space of a few short months.

Box Fox supports the conductors of the Harku-Lihula-Sindi 330/110 kV high-voltage line operated by Elering. The construction of the line is the last link in Elering’s strong circular grid covering all of Estonia. The line makes a substantial contribution to security of supply in the western part of Estonia and allows renewable energy generating capacity to be connected to the power grid on a large scale. The Harku-Lihula-Sindi power line is also part of the third Estonia-Latvia interconnection and has key importance to Estonia and the Baltic states being part of the continental European power grid. The line will be completed at the end of this year. The works have a price tag of 60 million euros and the general contractors are Empower and Leonhard Weiss.

For video footage of the building of Bog Fox, visit: https://youtu.be/1-VS15xyyLU 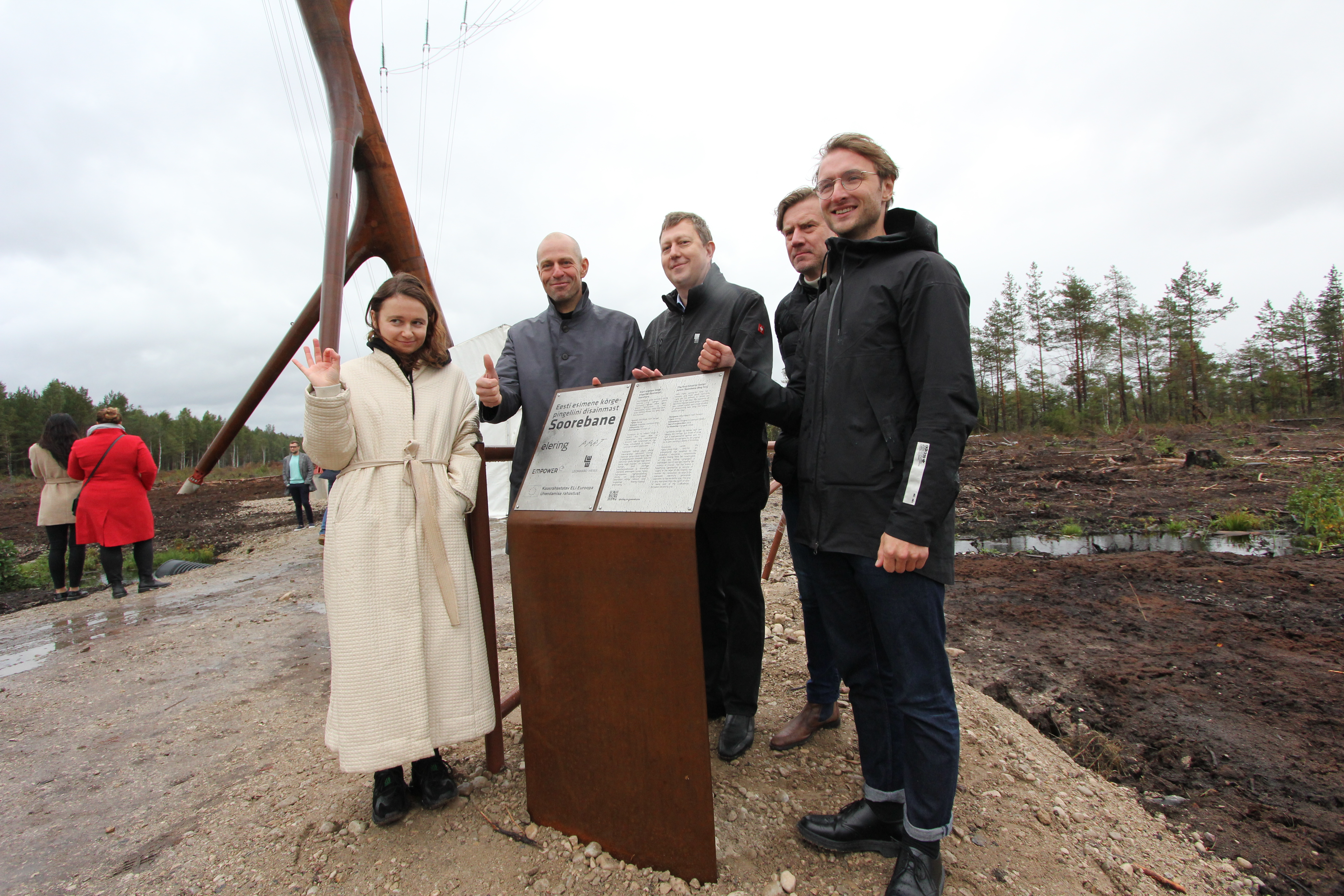 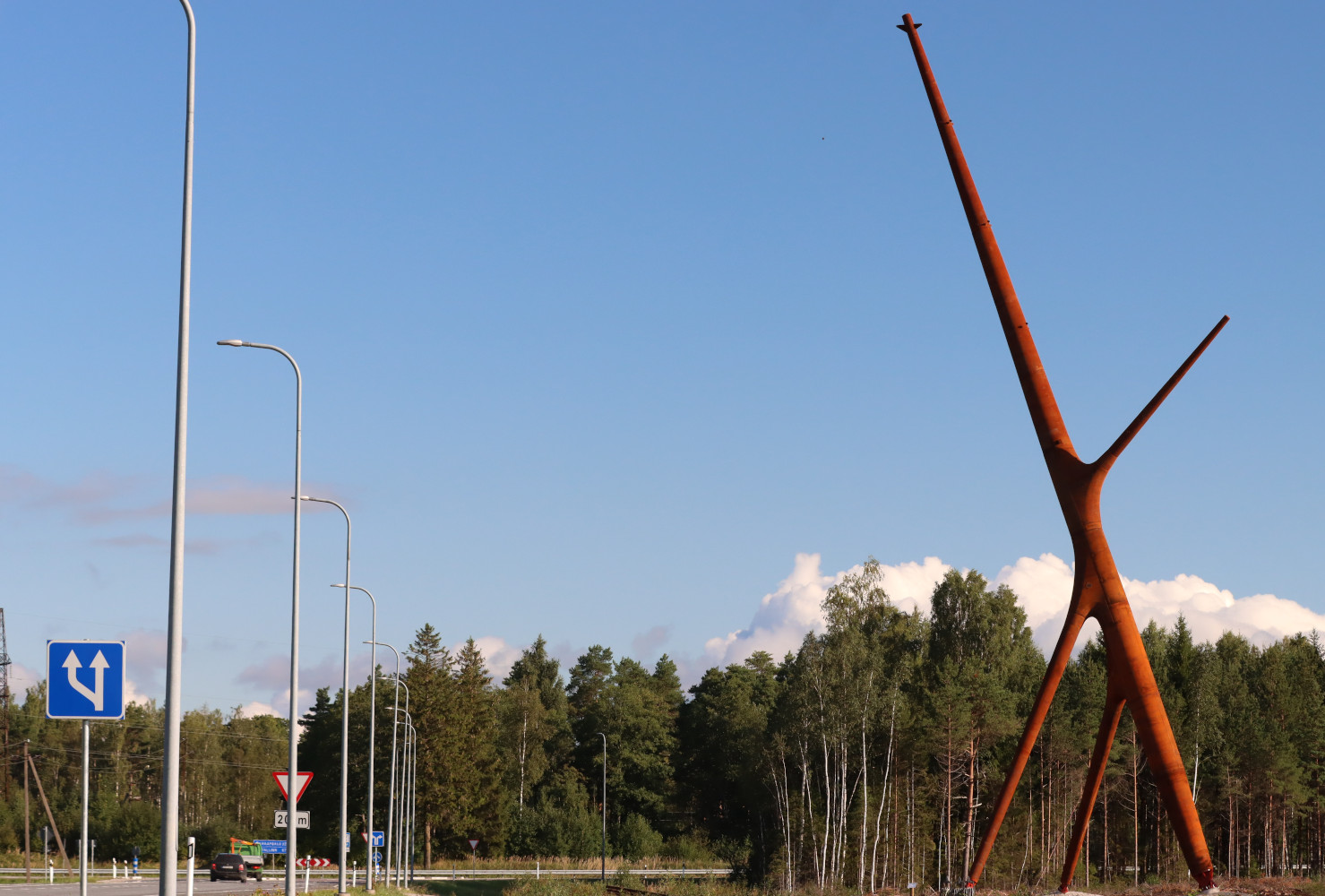